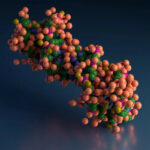 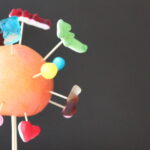 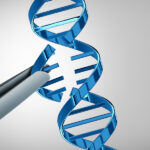 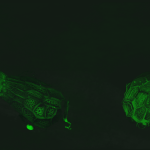 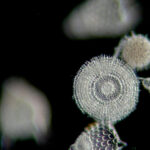 [Clinical research in radiation oncology: how to move from the laboratory to the patient?] Article de journal

Translational research in radiation oncology is undergoing intense development. An increasingly rapid transfer is taking place from the laboratory to the patients, both in the selection of patients who can benefit from radiotherapy and in the development of innovative irradiation strategies or the development of combinations with drugs. Accelerating the passage of discoveries from the laboratory to the clinic represents the ideal of any translational research program but requires taking into account the multiple obstacles that can slow this progress. The ambition of the RadioTransNet network, a project to structure preclinical research in radiation oncology in France, is precisely to promote scientific and clinical interactions at the interface of radiotherapy and radiobiology, in its preclinical positioning, in order to identify priorities for strategic research dedicated to innovation in radiotherapy. The multidisciplinary radiotherapy teams with experts in biology, medicine, medical physics, mathematics and engineering sciences are able to meet these new challenges which will allow these advances to be made available to patients as quickly as possible.

Osteosarcoma (OS) is a rare malignant primary bone tumours characterized by a high genetic and cell composition heterogeneity. Unfortunately, despite the use of drug combinations and the recent development of immunotherapies, the overall survival has not improved in the last four decades. Due to the key role of the tumour microenvironment in the pathogenesis of OS, a better understanding of its microenvironment is mandatory to develop new therapeutic approaches. From retrospective biological cohorts of OS, we analysed by immunohistochemistry the presence of lipopolysaccharide (LPS)-binding protein (LBP) in diagnostic biopsies with local disease and compared their level of infiltration to patients suffering from metastatic status. LBP is considered as a marker of LPS exposure and can indirectly reflect the presence of Gram-negative microbiota. LBP were detected in the cytoplasm of OS cells as well as in tumour-associated macrophage. Tumour samples of patients with local disease were significantly enriched in LBP compared to tumour tissues of patients with metastatic status. Lung metastatic tissues showed similar level of LBP compared to paired primary tumours. Overall, this study strongly suggests the presence of Gram-negative bacteria in OS tissues and demonstrated their significant differential level according the metastatic status. This tumour-associated microbiome may help in the conceptualisation of new therapeutic approach to trigger efficient therapeutic responses against cancer.

In order to study unknown proteins on a large scale, a reference system has been set up for the three major eukaryotic lineages, built with 36 proteomes as taxonomically diverse as possible. Proteins from 362 eukaryotic proteomes with no known homologue in this set were then analyzed, focusing noteworthy on singletons, that is, on unknown proteins with no known homologue in their own proteome. Consistently, according to Uniprot, for a given species, no more than 12% of the singletons thus found are known at the protein level. Also, since they rely on the information found in the alignment of homologous sequences, predictions of AlphaFold2 for their tridimensional structure are usually poor. In the case of metazoan species, the number of singletons seems to increase as a function of the evolutionary distance from the reference system. Interestingly, no such trend is found in the cases of viridiplantae and fungi, as if the timescale on which singletons are added to proteomes were different in metazoa and in other eukaryotic kingdoms. In order to confirm this phenomenon, further studies of proteomes closer to those of the reference system are however needed.

The analysis of circulating tumor cells (CTCs) in blood is a powerful noninvasive alternative to conventional tumor biopsy. Inertial-based separation is a promising high-throughput, marker-free sorting strategy for the enrichment and isolation of CTCs. Here, we present and validate a double spiral microfluidic device that efficiently isolates CTCs with a fine-tunable cut-off value of 9 μm and a separation range of 2 μm. We designed the device based on computer simulations that introduce a novel, customized inertial force term, and provide practical fabrication guidelines. We validated the device using calibration beads, which allowed us to refine the simulations and redesign the device. Then we validated the redesigned device using blood samples and a murine model of metastatic breast cancer. Finally, as a proof of principle, we tested the device using peripheral blood from a patient with hepatocellular carcinoma, isolating more than 17 CTCs/ml, with purity/removal values of 96.03% and 99.99% of white blood cell and red blood cells, respectively. These results confirm highly efficient CTC isolation with a stringent cut-off value and better separation results than the state of the art.

Cancer is a multifactorial disease that is responsible for 10 million deaths per year. The intra- and inter-heterogeneity of malignant tumors make it difficult to develop single targeted approaches. Similarly, their diversity requires various models to investigate the mechanisms involved in cancer initiation, progression, drug resistance and recurrence. Of the in vitro cell-based models, monolayer adherent (also known as 2D culture) cell cultures have been used for the longest time. However, it appears that they are often less appropriate than the three-dimensional (3D) cell culture approach for mimicking the biological behavior of tumor cells, in particular the mechanisms leading to therapeutic escape and drug resistance. Multicellular tumor spheroids are widely used to study cancers in 3D, and can be generated by a multiplicity of techniques, such as liquid-based and scaffold-based 3D cultures, microfluidics and bioprinting. Organoids are more complex 3D models than multicellular tumor spheroids because they are generated from stem cells isolated from patients and are considered as powerful tools to reproduce the disease development in vitro. The present review provides an overview of the various 3D culture models that have been set up to study cancer development and drug response. The advantages of 3D models compared to 2D cell cultures, the constraint, and the fields of application of these models and their techniques of production are also discussed.