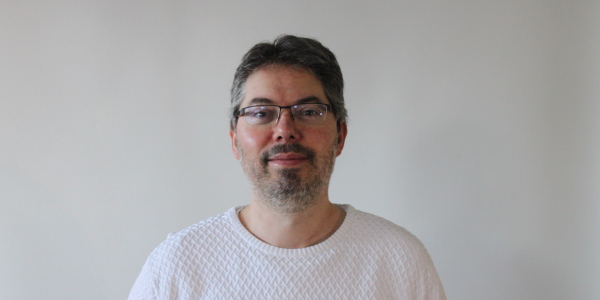 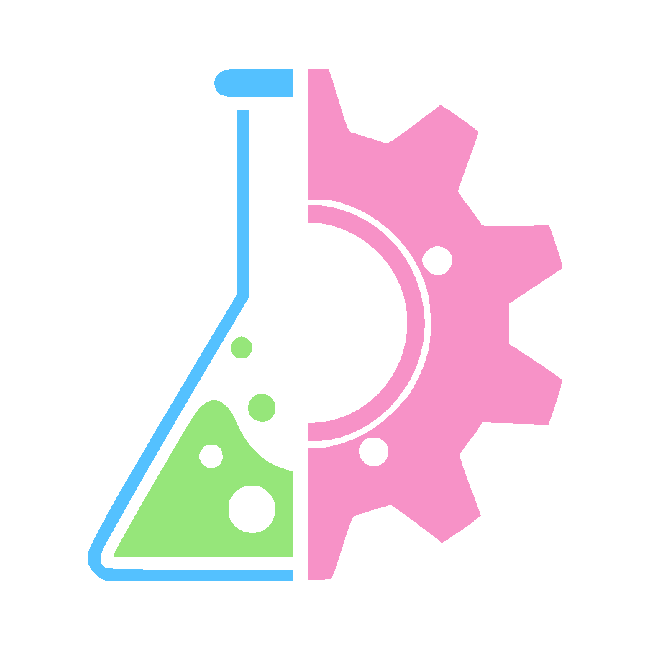 Abstract Bacterial sialidases (SA) are validated drug targets expressed by common human pathogens such as Streptococcus pneumoniae, Vibrio cholerae, or Clostridium perfringens. Noncovalent inhibitors of bacterial SA capable of reaching the submicromolar level are rarely reported. In this work, multi- and polyvalent compounds are developed, based on the transition-state analogue 2-deoxy-2,3-didehydro-N-acetylneuraminic (DANA). Poly-DANA inhibits the catalytic activity of SA from S. pneumoniae (NanA) and the symbiotic microorganism B. thetaiotaomicron (BtSA) at the picomolar and low nanomolar levels (expressed in moles of molecules and of DANA, respectively). Each DANA grafted to the polymer surpasses the inhibitory potential of the monovalent analogue by more than four orders of magnitude, which represents the highest multivalent effect reported so far for an enzyme inhibition. The synergistic interaction is shown to operate exclusively in the catalytic domain, and not in the flanked carbohydrate-binding module (CBM). These results offer interesting perspectives for the multivalent inhibition of other SA families lacking a CBM, such as viral, parasitic, or human SA.

Sialidases (SAs) hydrolyze sialyl residues from glycoconjugates of the eukaryotic cell surface and are virulence factors expressed by pathogenic bacteria, viruses, and parasites. The catalytic domains of SAs are often flanked with carbohydrate-binding module(s) previously shown to bind sialosides and to enhance enzymatic catalytic efficiency. Herein, non-hydrolyzable multivalent thiosialosides were designed as probes and inhibitors of V. cholerae, T. cruzi, and S. pneumoniae (NanA) sialidases. NanA was truncated from the catalytic and lectinic domains (NanA-L and NanA-C) to probe their respective roles upon interacting with sialylated surfaces and the synthetically designed di- and polymeric thiosialosides. The NanA-L domain was shown to fully drive NanA binding, improving affinity for the thiosialylated surface and compounds by more than two orders of magnitude. Importantly, each thiosialoside grafted onto the polymer was also shown to reduce NanA and NanA-C catalytic activity with efficiency that was 3000-fold higher than that of the monovalent thiosialoside reference. These results extend the concept of multivalency for designing potent bacterial and parasitic sialidase inhibitors.

Determination of glycosidase hydrolysis kinetics for a monovalent sugar substrate is relatively straightforward and classically achieved by monitoring the fluorescence signal released from the sugar-conjugated probe after enzymatic hydrolysis. Naturally occuring sugar epitopes are, however, often clustered on biopolymers or at biological surfaces, and previous reports have shown that glycosidase hydrolytic rates can differ greatly with multivalent presentation of the sugar epitopes. New probes are needed to make it easier to interpret the importance of substrate clustering towards a specific enzyme activity. In this work, we developed multivalent glucuronide substrates attached to fluorescent amino-coumarines through self-immolative linkers to enable real time-monitoring of the hydrolysing activity of E.coli β-glucuronidases (GUS) towards clustered substrates. GUS are exoglycosidases of considerable therapeutic interest cleaving β-d-glucuronides and are found in the lysosomes, in the tumoral microenvironment, and are expressed by gut microbiota. GUS showed a much lower catalytic efficiency in hydrolysing clustered glucuronides due to a significantly lower enzymatic velocity and affinity for the substrates. GUS was 52-fold less efficient in hydrolysing GlcA substrates presented on an octameric silsequioxane (COSS) compared with a monovalent GlcA of similar chemical structure. Thus, kinetic and thermodynamic data of GUS hydrolysis towards multivalent glucuronides were easily obtained with these new types of enzymatically-triggered probes. More generally, adapting the substrate nature and valency of these new probes, should improve understanding of the impact of multivalency for a specific enzyme.

Koenigs-Knorr glycosylation of acceptors with more than one free hydroxyl group by 2,3,5,6-tetrabenzoyl galactofuranosyl bromide was performed using diphenylborinic acid 2-aminoethyl ester (DPBA) as inducer of regioselectivity. High regioselectivity for the glycosylation on the equatorial hydroxyl group of the acceptor was obtained thanks to the transient formation of a borinate adduct of the corresponding 1,2-cis diol. Nevertheless formation of orthoester byproducts hampered the efficiency of the method. Interestingly electron-withdrawing groups on O-6 or on C-1 of the acceptor displaced the reaction in favor of the desired galactofuranosyl containing disaccharide. The best yield was obtained for the furanosylation of p-nitrophenyl 6-O-acetyl mannopyranoside. Precursors of other disaccharides, found in the glycocalix of some pathogens, were synthesized according to the same protocol with yields ranging from 45 to 86%. This is a good alternative for the synthesis of biologically relevant glycoconjugates.

In retaining glycoside hydrolases (GHs), transglycosylase activity is often low due to the natural hydrolytic activity that is favored in water. Improving the relative transglycosylase activity of these enzymes is of particular interest to obtain enzymes suitable for the synthesis of oligosaccharides. We explored the effect of engineering the water dynamics within the endo-β-agarase AgaD on the transglycosylation/hydrolysis (T/H) balance. By mutating three amino acids (D341, Q342, and S351), which could control water access to a putative water channel ending close to the active site, we obtained AgaD variants with an inverted T/H balance. For the best mutant, D341L/Q342H/S351F, the hydrolysis activity was reduced 50-fold in comparison to the wild type, while the transglycosylase activity was maintained and even slightly improved. This variant produced a large amount of oligo-agaroses by a disproportionation reaction with deca-agarose as the substrate. Molecular dynamics simulations showed that these enzymatic modifications were correlated with higher water dynamics, as revealed by a marked reduction in the water survival time and a decrease in the purge time of water in a channel ending close to the active site. These results suggest that modifying the water dynamics in GHs could be a rational basis for engineering of transglycosylase activity.

Glycosidase effectors have rarely been reported despite their great potential interest in pharmaceutical sciences and industry. Magnetic nanoparticles were coated with thiomannosides (SMan@Fe3O4) or the broad spectrum glycosidase inhibitor deoxynojirimycin (DNJ@Fe3O4). The coated ligands were shown to exert a fully reverse effect on a model galactosidase (AgaB), with SMan@Fe3O4 or DNJ@Fe3O4 ligands acting as an enzyme inhibitor (Ki=3.7 µM) or a strong activator (250% higher AgaB velocity at 50 µM), respectively. This is striking considering that monovalent soluble SMan and DNJ analogues do not interact with AgaB at millimolar concentrations. The AgaB-DNJ@Fe3O4 enzyme-effector complex could be magnetically recycled and still showed a higher activity compared to free AgaB after four catalytic cycles. The “boost and recycle” procedure may provide interesting perspectives in glycosidase biocatalysis.

Leishmania cell wall as a potent target for antiparasitic drugs. A focus on the glycoconjugates Article de journal

Although leishmaniasis has been studied for over a century, the fight against cutaneous, mucocutaneous and visceral forms of the disease remains a hot topic. This review refers to the parasitic cell wall and more particularly to the constitutive glycoconjugates. The structures of the main glycolipids and glycoproteins, which are species-dependent, are described. The focus is on the disturbance of the lipid membrane by existing drugs and possible new ones, in order to develop future therapeutic agents.

Multivalent iminosugars have recently emerged as powerful tools to inhibit the activities of specific glycosidases. In this work, biocompatible dextrans were coated with iminosugars to form linear and ramified polymers with unprecedently high valencies (from 20 to 900) to probe the evolution of the multivalent inhibition as a function of ligand valency. This study led to the discovery that polyvalent iminosugars can also significantly enhance, not only inhibit, the enzymatic activity of specific glycoside-hydrolase, as observed on two galactosidases, a fucosidase, and a bacterial mannoside phosphorylase for which an impressive 70-fold activation was even reached. The concept of glycosidase activation is largely unexplored, with a unique recent example of small-molecules activators of a bacterial O-GlcNAc hydrolase. The possibility of using these polymers as "artificial enzyme effectors may therefore open up new perspectives in therapeutics and biocatalysis.

A large number of retaining glycosidases catalyze both hydrolysis and transglycosylation reactions. In order to use them as catalysts for oligosaccharide synthesis, the balance between these two competing reactions has to be shifted toward transglycosylation. We previously designed a semi-rational approach to convert the Thermus thermophilus β-glycosidases into transglycosidases by mutating highly conserved residues located around the -1 subsite. In an attempt to verify that this strategy could be a generic approach to turn glycosidases into transglycosidases, Geobacillus stearothermophilus α-galactosidase (AgaB) was selected in order to obtain α-transgalactosidases. This is of particular interest as, to date, there are no efficient α-galactosynthases, despite the considerable importance of α-galactooligosaccharides. Thus, by site-directed mutagenesis on 14 AgaB residues, 26 single mutants and 22 double mutants were created and screened, of which 11 single mutants and 6 double mutants exhibited improved synthetic activity, producing 4-nitrophenyl α-d-galactopyranosyl-(1,6)-α-d-galactopyranoside in 26-57% yields against only 22% when native AgaB was used. It is interesting to note that the best variant was obtained by mutating a second-shell residue, with no direct interaction with the substrate or a catalytic amino acid. As this approach has proved to be efficient with both α- and β-glycosidases, it is a promising route to convert retaining glycosidases into transglycosidases.